Archi-Tectonics NYC, LLC, founded in 1994 by Winka Dubbeldam, is a WBE certified (Women’s Business Enterprise) design studio with offices in New York City, Amsterdam / The Netherlands, and Hangzhou/ China. Dubbeldam and Justin Korhammer, partner since 2016, lead a multi-national team of architects and designers that work on multiple scales, ranging from the MICRO [objects] to the MACRO [buildings] and the MEGA [urban].

We are committed to creating an inclusive environment, and an interactive team, both within the office and with our consultants and engineers. We understand that true design leadership entails holistic integration, innovation and acting responsibly, both globally and locally, to create a future we all want to live in.

We aim to create innovative, sustainable and at the same time strikingly beautiful solutions. Our designs have character and identity, which helps to brand client's new and existing buildings and spaces. Over time, this has proven to provide great value for our clients and their users. This is exemplified by our many repeat clients, for whom we often design both their work and live environments. We work in design that matters: Innovative, Cutting Edge, Intelligent, Lucrative.

Publications on Archi-Tectonics include three monographs: the Dutch publication -“Winka Dubbeldam, Architect” [010 Publishers, Rotterdam, 1996], AT-INdex [Princeton Press, NYC, 2006], Archi-Tectonics, a Monograph [DAAB publishers, 2010], as well as a fourth monograph, Strange Objects, New Solids, and Massive Forms, which is on the way by Actar [Fall 2020], as well as countless features in American and International Architecture & Design Periodicals.

Our work has been frequently recognized among the architectural and design communities. Archi-Tectonics recently won The Design Studio of the Year (US) from the Travel and Hospitality Awards [2020], the invited Competition Asian Games 2022 [2018] now under construction, which recently was awarded the Architizer A+ Popular Choice Award [2020], the Rethinking the Future Award for 512 GW Townhouse, for residential over 5 floors (built) [2020], and the AIANY award for 497 Greenwich [2018]. Inscape’s Meditation Space was chosen by Wired Magazine as one of 25 Architecture Masterpieces of 2016 and 497 Greenwich also received the IIDA / Metropolis “Smart Environment Award” in [2006], among others.

Winka Dubbeldam was named by Design Intelligence as one of 30 Most Exemplary Professionals in their field and one of 30 most Admired Educators in [2015], she was nominated as “The Best and Brightest” by Esquire Magazine [2004], and received the “Emerging Voice” Award from the Architectural League NYC [2001].


We aim to achieve unique, innovative designs that are optimized, energy-efficient and sustainable. We achieve innovation through deep research, extensive prototyping and advanced digital tools. We believe that only a research-based approach leads to genuine design innovations, healthier living environments, and evocative spaces.

We love to build, and we operate on multiple scales of investigation, ranging from object to building design to urban environments. Our focus is not on style or a recognizable “signature” but on a cutting-edge design process that combines creativity with technological advancements, from which a poetic precision emerges. We value performance over form and design intelligence over style. We aim to create efficient, optimized, sustainable and, at the same time, healthy work and living environments. Our trusted team of engineers and consultants supports this, and adds expertise to each project.

Innovation is our mission. We are convinced that sustainability is a must: an indisputable obligation to the world we live in, but also a great engine for innovation. Archi-Tectonics is an expert in LEED design and we are passionate about the use of smart systems and renewable materials to create energy efficient and healthy living environments. Our smooth integration of FTF [file to factory], means that our digital files are sent straight to manufacturers to make shopdrawings, prototype, prefabricate, and manufacture our designs. This is a service that we provide to our clients, as we stand behind the fact that innovation should make projects affordable, while improving the overall design.

Combining the use of the newest digital technologies with a philosophical approach makes Archi-Tectonics one of the leading teams in the field of research and innovative building design worldwide.

Building icon is a stable and efficient block. It is a container.
Object structure is open ended.
Urban icon represents a circulation system.

Look for these within each project's description, throughout the site. 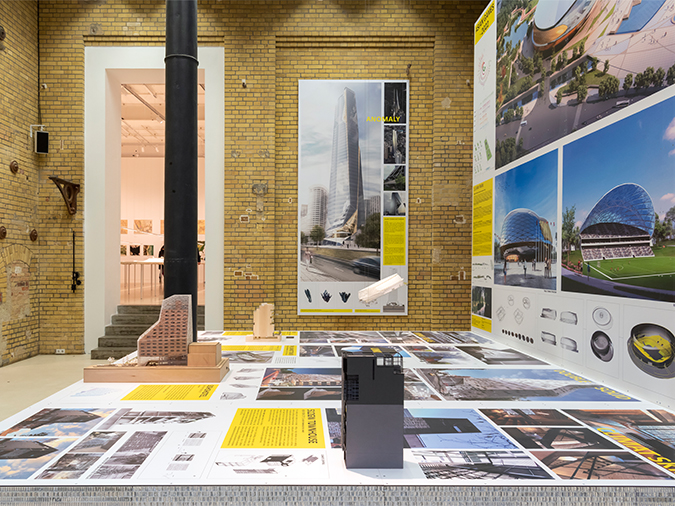 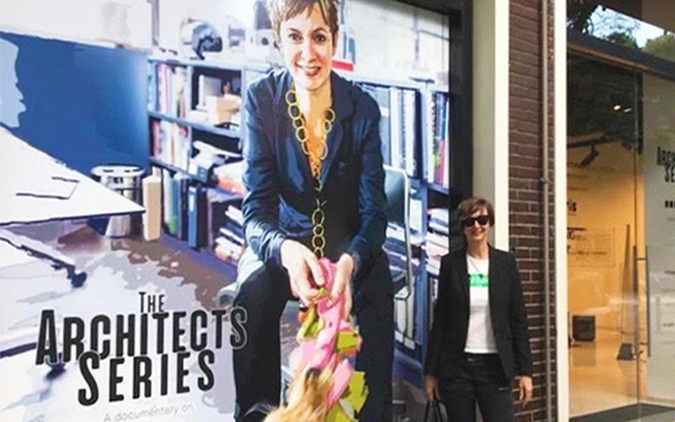